A True Story of Anger Resolved

One day I visited a school to read the first Snouffles story ‘Red Snouffles Gets Spikes’. This story shows children how anger can develop from other emotions or feelings that come first. This story had a beautiful transformative effect on one particular boy called Jake ...

In this story, when the other Snouffles go off to play without Red Snouffle, Red is left feeling lonely and confused. This loneliness and confusion quickly turns into blame and anger. As the anger grows, the Snouffle develops little hard spikes that hurt when they play once more with the other Snouffles.

The story then shows us how others can develop their own angry spikes in response to ours. It is told with complete empathy with all involved and explains how it takes bravery to be the one to let go of anger to make it feel safer for others to be around you.

Red Snouffle finds a way to let go of the spikes and the anger. As the other Snouffles realise it feels safe to play with Red once again, they choose to play together and have fun once more. Red teaches the others how to let go of their own anger and spikes.

Jake had been experiencing a lot of anger. Almost every day he would have a big angry outburst which would often end in him hurting another child. He was having a lot of one to one support and had visits from a behaviour specialist. A week after the first visit, I went into the school to read the second story. Jake was waiting for me. He was so excited to tell me what had happened after my visit. After hearing Red Snouffle Gets Spikes in class, he had taken it upon himself to practice the technique in the story for letting go of anger. He had not had an angry outburst since. He was so proud of himself. Not only that but his classmates were also pleased and proud of him too. They were much more willing to play with him as they felt more relaxed around him.

The thing is, the stories don’t talk about blame or how we should behave. They help us to understand and have compassion for each other. They show us how to have patience with ourselves and others when we are struggling or making ‘mistakes’. After I had read the story of Red Souffle, the children had talked about how they experience anger. This open and non-judgemental conversation made it easier for the boy in question to feel safe enough to talk about and change his behaviour.

Anger and Aggression from Embarrassment Turns to Laughter

I wrote Green Snouffle Runs in the Woods partly in response to a child called Ethan, who I was teaching at the time. Ethan couldn’t bear it if he thought other children were laughing at him. This fear of being laughed at was really holding him back both academically and in his ability to make and keep friends ...

His classmates were afraid to be around him as whenever he thought anyone was laughing at something he had done, he would launch himself at them in an angry attack.

His schoolwork was affected as he would sit and refuse to write anything in his books. He had previously been considered lazy by other teachers, but after talking with him about his feelings and behaviour, I realised he was afraid of making mistakes.

Green Snouffle Runs in the Woods teaches children that it’s okay to make mistakes and that it can even be ok to laugh at mistakes. Sometimes mistakes can be funny and when people laugh, it doesn’t have to mean that those that are laughing think we are stupid for making a mistake. This is not to say that it is always okay to laugh at people when they make a mistake, just that sometimes we can be a little lighter about things and not take everything too seriously.

The story shows how anger and aggression can scare people away when we need them the most. The point is also made that being resilient and determined in the face of making mistakes can help us to become better and better at whatever it is we are learning.

After writing the story I tested it out on Ethan. I didn’t tell him the story that the story was meant to help him. I just said I needed a few children to read it for me before I published it, to find out if it was an enjoyable story and to make sure it all made sense.

He read the story and told me he liked it and that was all. We didn’t talk about the story other than for him to tell me that he thought it flowed and made sense.

The very next day the class were working in groups, playing a game of Human Alphabet. It is just a bit of fun to develop team cooperation and communication skills. It is the kind of activity that Ethan typically would struggle and end up getting angry with other kids over. It involves looking a bit ridiculous and the children tend to laugh at each other a lot during it. This time however, whenever I looked over at Ethan he was laughing along when the other children laughed at him. I had never seen this happen before!

This relaxed attitude at looking ‘silly’ in front of others continued. He was so much more fun to be around. He even got braver in his work and was able to get writing, even if he wasn’t sure that it would be perfectly right. His grades went up dramatically and he began to make friends and keep them. 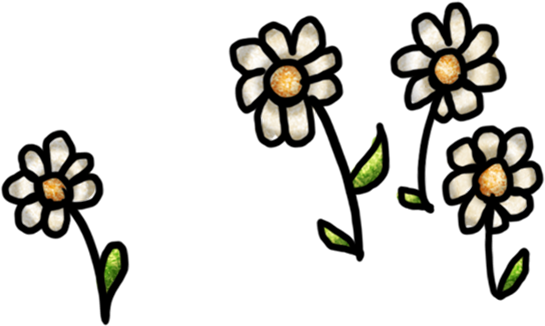 Cyan Gets Left Out

This story is about the frustrations and challenges of playing together when there is a mix of personalities and abilities in the group. It shows how having fixed ideas or rules about how we should join in can cause upset and really limit enjoyment. I had some lovely feedback from a teacher who had read this story to her class. One particular child in her class was really struggling with playtimes. Almost every day, at the end of playtime Callum would come into class feeling really upset ...

Every day it was the same story; ‘the others wouldn’t let him join in’. After discussing the problem with them it turned out that they were letting him join in but that he seemed to have real difficulties in understanding the rules and what his role in the games were. The children were getting frustrated with him as it was spoiling the games.

The playground staff’s response had been to tell the others to just let him join in; telling them it was unfair to push him out of the game. This wasn’t solving the problem as everybody was still ending up feeling annoyed.

The teacher read the story to the class. The story is about Cyan Snouffle who struggles to be accepted by a group of Snouffles who are playing a game. Although the other Snouffles are initially welcoming they reach a point where they just don’t want Cyan to play with them anymore. Cyan runs away feeling upset and unwanted.

After finding a way to be peaceful (through a technique that is easy for children to copy), the Snouffle goes back to the others. This time Cyan, with the help of the others, finds a new way to join in the game that helps the game to flow better. Everyone is happy and the Snouffle feels a valued part of the group again.

The children of the class practiced the activity demonstrated by Cyan Snouffle in the story. They then talked about their playtime games and how each of them felt about what was happening when Callum joined in. After hearing the story of Cyan Snouffle, they were able to have empathy for each other’s needs and feelings during the games. With the focus on the idea that everyone is different but all have something valuable to offer, they discussed alternative ways for Callum to join in. They made a joint decision that someone would always buddy-up with Callum during games. That person would stay with him and guide him as to what to do. They tried it out and it worked.

Over time Callum got better at being aware of his role in the games they played and needed less guidance. He realised that he just took a little longer than the others to understand the rules but he got there in the end. This was a big confidence boost for him. He learned that he was capable of playing just as well as his classmates that he looked up to. He felt valued by his classmates who were glad to be able to support him.

As a class they learned that if they take the time to listen to, support and value each other they have more fun than if they criticise and give up on those that need a little help. 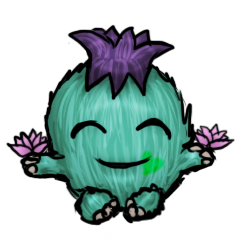